Philosophy of the Mahatma

Mahatma Gandhi engrossed in a document, while proceeding to the Working Committee Meeting. With him are Jawaharlal Nehru and Khan Abdul Gaffar Khan.

October 2 is Gandhi Jayanthi. Even after all these years, we continue to find that the Mahatma is relevant.

IIn an essay titled “Gandhiji’s political significance,” Gene Sharp, Professor Emeritus of political science at the University of Massachusetts, Dartmouth looks at why the Mahatma is still relevant.

Prof. Sharp is known for his writings on nonviolent struggle, and which have had a bearing on various anti-government resistance movements across the world. He especially shot into the limelight during the first phase of the ‘Arab Spring’. He has also founded the Albert Einstein Institution, “a non-profit organisation devoted to studies and promotion of the use of nonviolent action in conflicts worldwide”.

Prof. Sharp quotes the Mahatma as saying: “‘I claim,’ Gandhiji once wrote, ‘to be no more than an average man with less than average ability’.”

“My Mahatmaship is worthless,”, he added. “I have become literally sick of the adoration … I lay no claim to superhuman powers. I want none. I wear the same corruptible flesh that the weakest of my fellow-beings wears, and am, therefore, as liable to err as any.”

But it is an undisputable fact that Gandhiji deserves a great amount of credit in getting non-violent action accepted as the technique of struggle in the freedom movement. “Nonviolence,” said Gandhiji in 1920, “does not mean meek submission to the will of the evil-doer, but it means the pitting of one’s whole soul against the will of the tyrant …. I want India to practise nonviolence being conscious of her strength and power.” Thus, we have seen non-violence being a great weapon in bringing about change. The point is, will it work in the 21st century?

A great feature of the 20th century, and as we have seen in the 21st century, says Prof. Sharp, is to follow how the technique of nonviolence has developed. It includes forms such as non-violent resistance, satyagraha, strikes, boycotts, political non-cooperation, civil disobedience and non-violent obstruction, to name a few. It also derives its strength from the truth.

Recently, the enormous success that Anna Hazare enjoyed in leading a fight against the issue of rampant corruption, led many to compare him to being a modern-day Gandhian in his technique — a non-violent fight against an issue.

There was no violence at any phase, and the government finally took notice of what he was trying to highlight. In the end, what is the significance of this movement of non-violence? Perhaps, a part of that answer, says Prof. Sharp, lies in the point that by choosing to be non-violent, it increases the strength of a mass movement by giving it “an aura of moral superiority. It becomes morally more uplifting to society and to each participant in the movement.”

It would be right to look at what Jawaharlal Nehru said, says Prof Sharp. “After seeing the movement of non-violence, I feel more and more convinced that it offers us some key to understanding and resolving conflict. Gandhiji’s way has shown achievement,” said Nehru.

That may be the final answer.

Sachin Tendulkar, center, receives flowers from school children who arrived to greet him after he moved to his new house in Bandra in Mumbai on Wednesday.

Politics of poverty: you’re not ‘poor’ if you spend Rs 32/day

A scene from the film "Avatar," showing actor Zoe Saldana donning the character of "Neytiri". 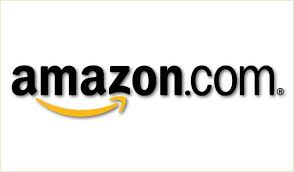